ceremonial performance | Zemo Nikozi, Georgia | 2016 | Picture index:  2) documentation: preparing for the firing, using the pit-fire method, for which we dug a hole on the self-determined ceremonial ground. 3) titles from the documentation videos 4) reproduction 5) documentation

The performance was developed and held in Zemo Nikozi, Georgia – which lays next to the South Ossetian occupation line, where clay deposits can be found. In collaboration with Till Wittwer, Deirdre O'Leary and the villagers of Zemo Nikozi. 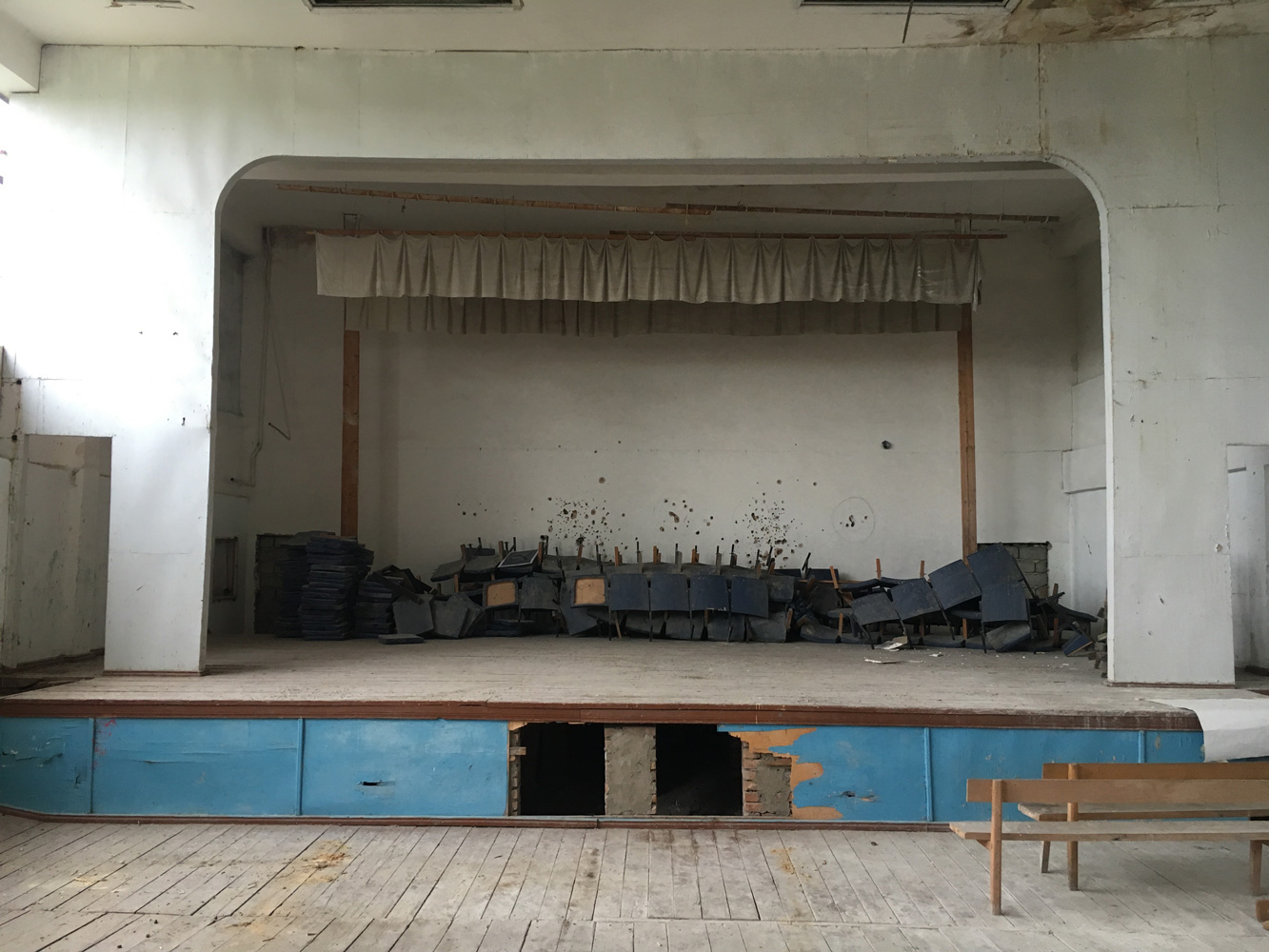 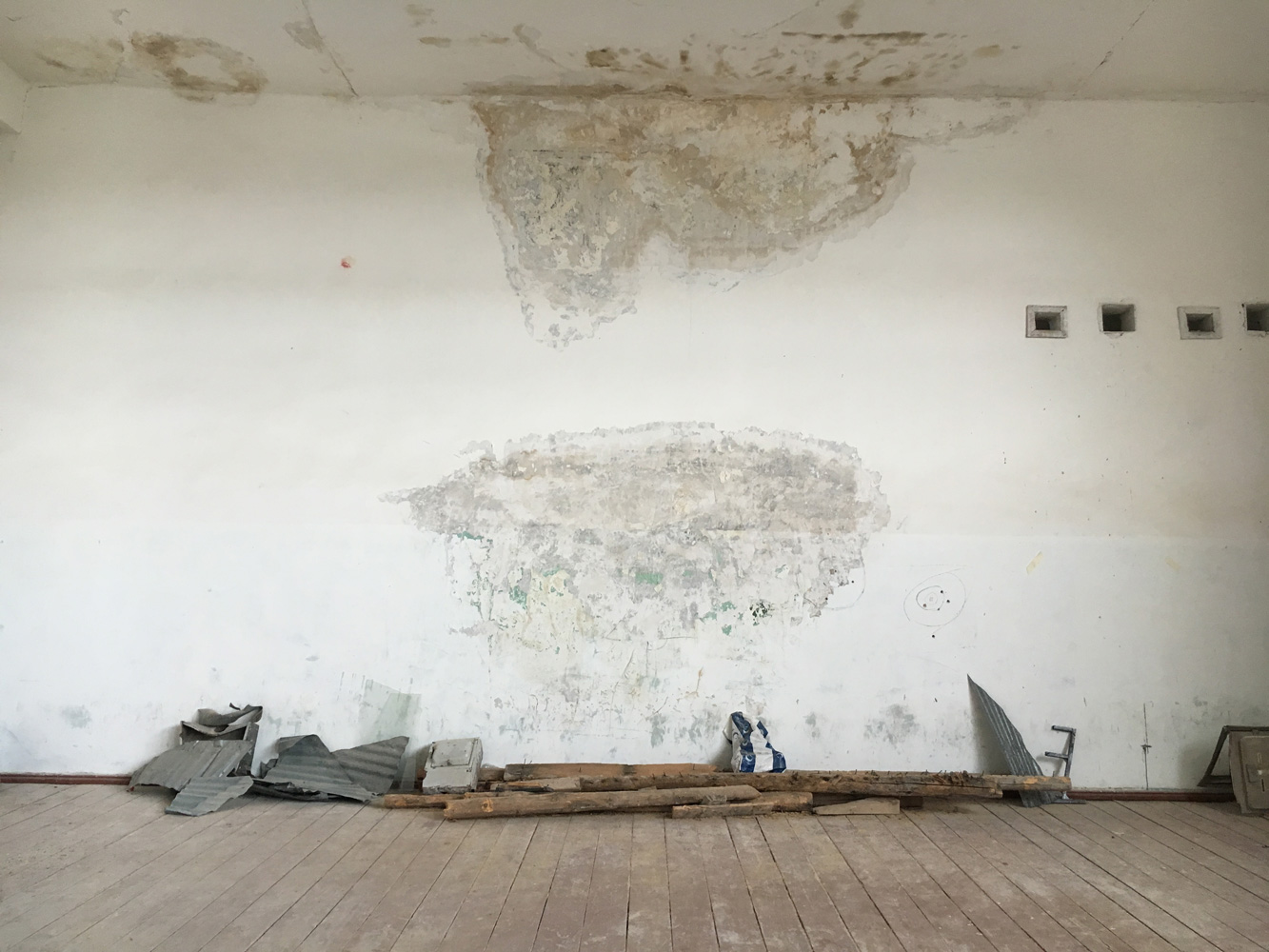 All starts with the screening of our movie in the former soviet cultural center, which has been our studio space during the two weeks of our residency.

Next to the building lays the border guards head quarter. As the guards were bored and we had a lot of time, we held conversations with them and startet to record their statements. Beso was once telling us memories about a bird they had. He could learn Kartuli within two weeks because his tong was pierced and halfway cut. Unfortunately, by the time they placed the cage on the balcony and the bird would speak to others of his kind, he'd instantly unlearn the foreign language and they had to start teaching him from zero. It seemed like Beso spoke about topics like repetition, cycles, identity and power in an allegoric sense. He never got personal before, speaking about the south ossetian conflict. The house in which he, his granny and the bird lived lays on the other side of the occupation line, as does his home town Zchinwali and his family members. At this moment, it is not possible for Georgians to pass through the Zone.

PART 2 – OUTSIDE, BACKYARD, THE MAGIC HOUR

Walk to the backyard where the hole lays in which the cups were burnt. It's a savage place, ruled by dogs. The villagers informed us that during the Kaukasian war, Georgian Military was holding russian hostages in the bunkers that are located beneath this area. Deirdre attaches a wind chime to a tree. 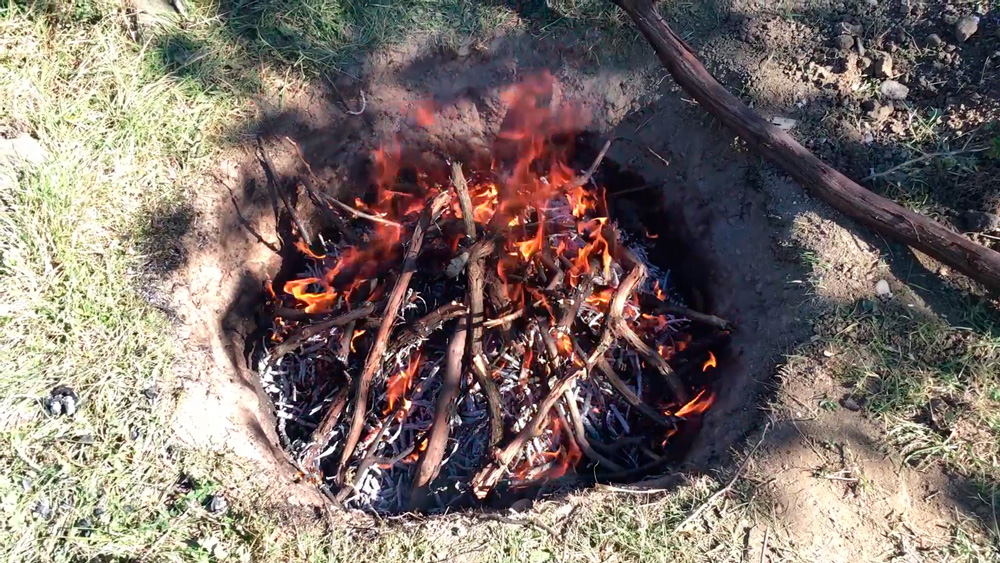 «We took soil from the ground

no one traverses anymore.

this area is called the zone.

the cups, out of which we drink,

are made from clay.

Clay is the flesh of the earth.

the intensity of its color depends

on the amount of iron the sediment contains.

it‘s in that sense similar to our blood.

The cups are made without utensils,

to be able to drink from them,

you need to burn them

therefore you need to dig a hole,

and cover the objects that lay in the coal,

in order to bear it again.»

Monologue, held during the ceremony